Born in Cape Town, South Africa in 1966 to a British Father and Australian Mother. Wyndham spent his early childhood in Hampshire, UK before coming to Australia as a teenager. He “attended high school” (surfed) in Byron Bay while his parents ran a busy open grill restaurant until in his late teens, his family then moved to Hobart. He completed a chefs apprenticeship, studying at Drysdale House and in the kitchens of Geoff Copping’s iconic restaurant Dear Friends.

In the late 80’s Wyndham’s parents, while holidaying in the Barossa Valley, fell in love with a vineyard property on the outskirts of Tanunda. They purchased the property and Wyndham joined them to open and operate Lanzerac Country Estate a fine dining restaurant and boutique accommodation property.

Wyndham began to take an interest in winemaking, working alongside local Barossa winemakers and studying the craft in his spare time. In 1989 Wyndham produced his first vintage under the Lanzerac label. Around the same time, Wyndham took on a young apprentice Patricia, and things intensified. At the end of Patricia’s apprenticeship in May 1995 they married.

That very same year they purchased an historic stone settlement on Nitschke Road in the Krondorf region of the Barossa. They began to restore the old stone Nitschke Road property eventually opening Jacob’s Creek Retreat, boutique accommodation and function space.

Planting the home block vineyards, Wyndham produced his first vintage under the Moorooroo Park Vineyards label in 2004, the same year they started a family. In 2011, and with their family expanded to include 2 daughters, Wyndham and Patricia retired from a busy hospitality life including the accommodation and function business to focus all their energies on winemaking under the Moorooroo Park Vineyards label. Today Wyndham & Patricia along with their daughters Lottie and Harrie continue to create unique handcrafted red wines from their iconic ancient cellars and winery in the Barossa.
Wyndham HouseWinemaker 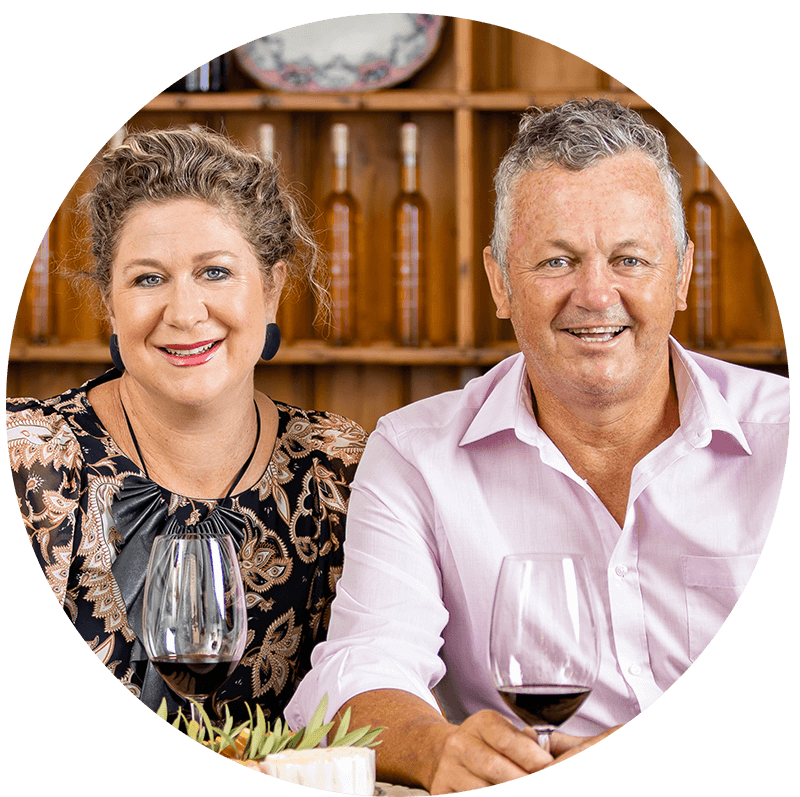 By law, we may only supply alcohol to persons aged 18 years or over. Liquor Licence Number: 57607081